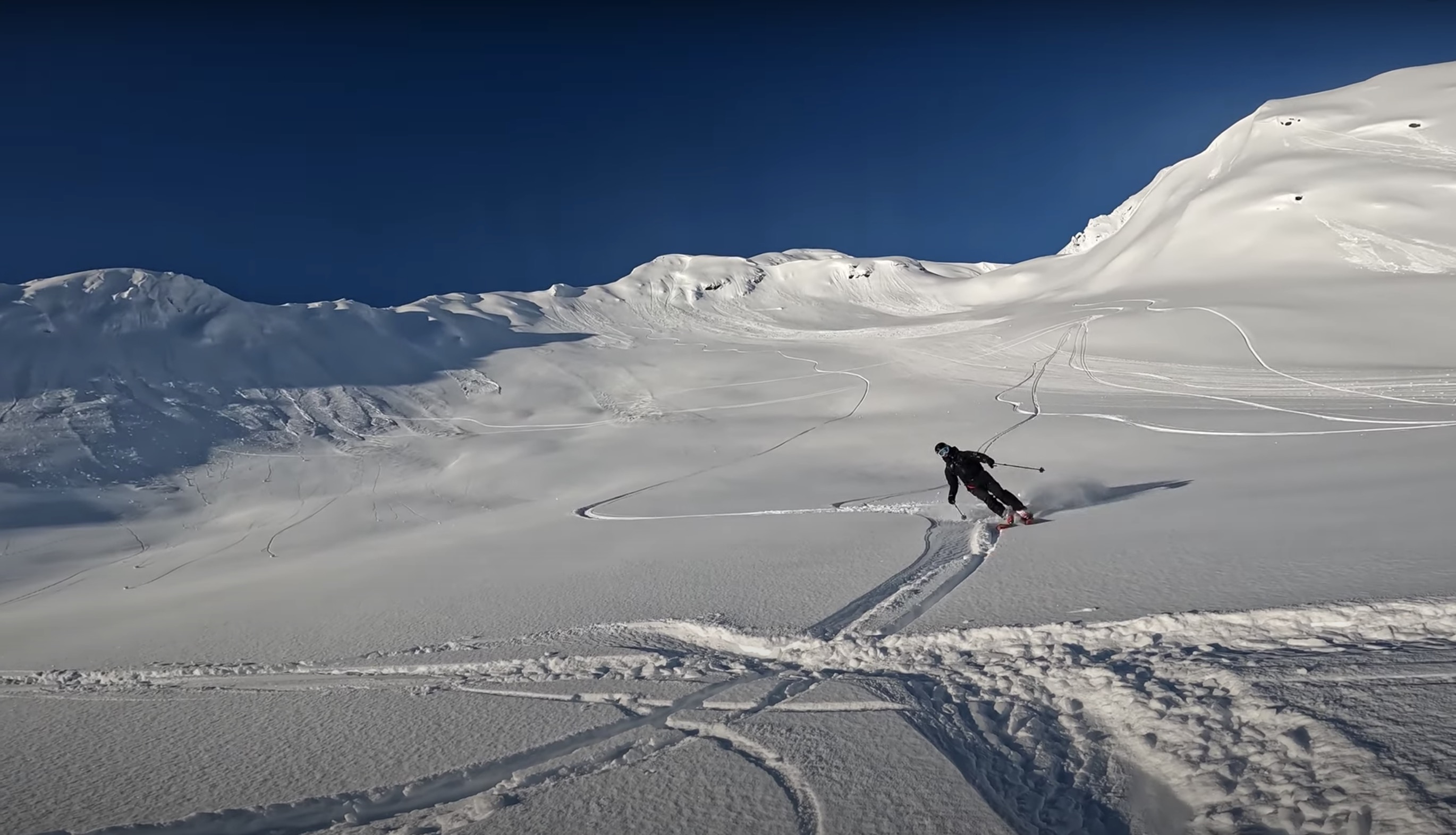 The 24-year-old Australian pulled out all of the stops on Matchstick Manufacturing’s newest movie, sending an enormous double flat spin off of a 70-foot cliff — with out planning it.

Sam Cohen and Craig “Weazy Davis” Murray have been standing on high of a ridge collectively taking a look at a cliff. Cohen was speaking via how he wished to hit the function, verbalizing his personal ideas and thought course of. Beside him, Weazy Davis was listening intently.

The cliff was a 70-foot monster, surrounded on all sides by good powder. Even for the skilled skiers, it was intimidating.

The 2 talked solely briefly about how they’d strategy the cliff — and launch off of it — earlier than Cohen bought on the radio and mentioned that Weazy Davis was “taking this one.” And for Davis, at that time, there was no turning again. The strain was on. The cameras have been rolling. And he was on the spot.

So he dropped in. However as he approached the cliff, he realized it was far gnarlier than he’d anticipated.

“Dropping in I used to be simply planning on doing a down-the-pipe flat three, however as I used to be coming into it, I noticed it was fairly blind and certain going to drop away and simply shoot me out of a canon,” Weazy Davis recalled. “So only a couple meters earlier than the takeoff, I simply determined to go for 2.”

And go for it, he did. He despatched it exhausting and nailed an ideal 70-foot dub-flat spin. And everybody on the group misplaced their minds.

It proves Weazy Davis’ rule of thumb: “When in hassle, assault the double.”

The dub-flat was one of many coolest components of the Alaska phase from Matchstick Productions’ newest movie, Wherever From Right here.

Most skiers attain a peak in some unspecified time in the future of their lives, once they’re shredding their hardest, and sending it greater than they will ever ship once more. However not Hoji. Many years into his profession, the professional freeskier continues to be charging more durable than anybody, as evidenced in “Wherever From Right here.” Learn extra…