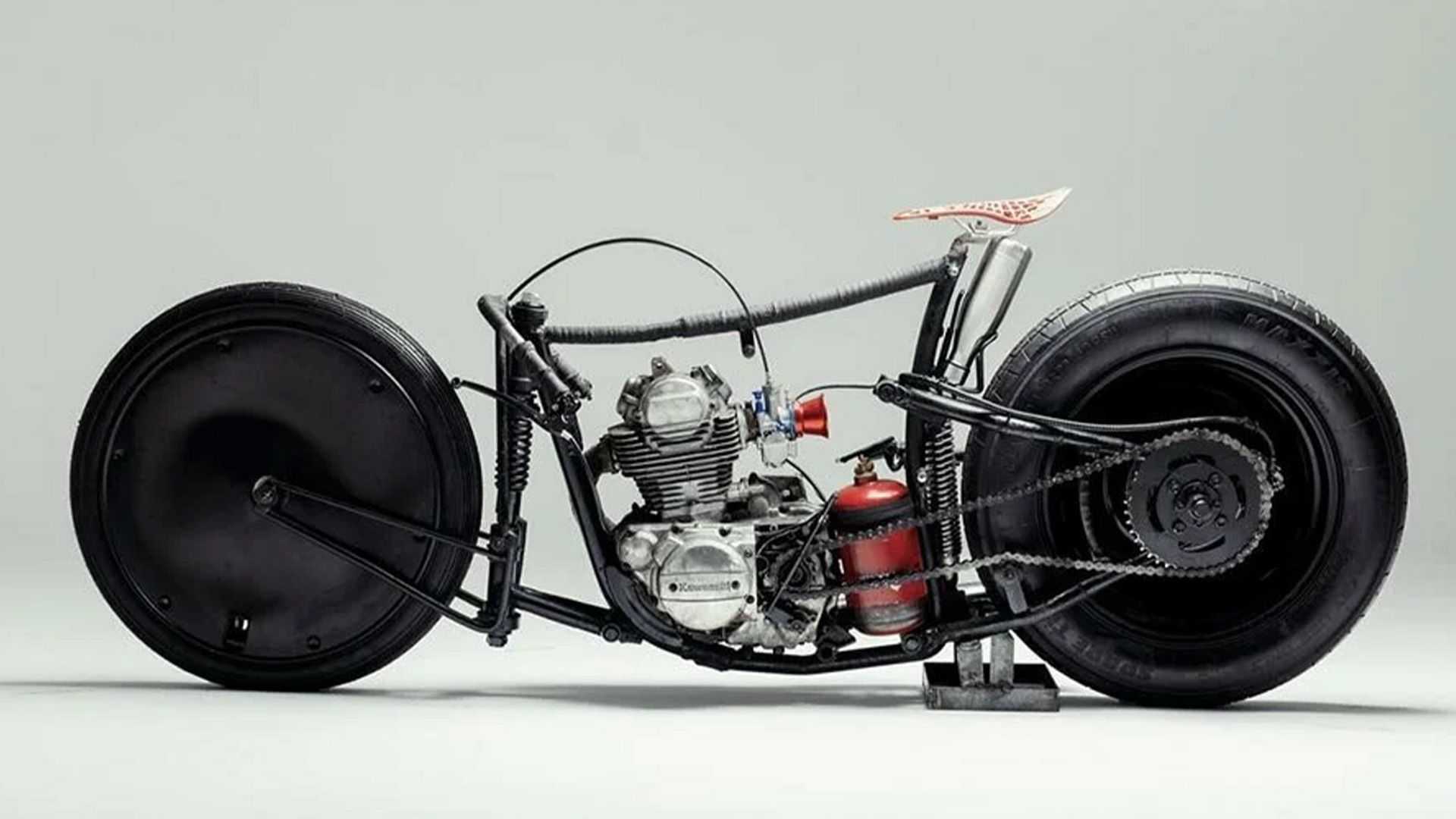 The customized motorbike scene is rife with new and revolutionary concepts. From genre-bending tasks to fastidious restorations, builders usually do probably the most with the least. Generally, that adversity births out-of-the-box designs. In different cases, these financial constraints restrict the artist’s expression. Each appear to be true in terms of Valen Zhou’s Sprinter idea.

The China-born, Milan-based photographer is a self-proclaimed moto fanatic. Given his creative background, Zhou got down to construct a board tracker like none earlier than it. He begins by cheery-picking second-hand bicycle, vehicle, and motorbike components, all of which lend to the Sprinter’s hand-made, Mad Max aesthetic.

From the motorcycling world, Zhou repurposes a Kawasaki KZ250 engine to energy the two-wheeled demise entice. Fortunately, the air-cooled, four-stroke single musters simply 17 horsepower. That solely appears to encourage Zhou to go to the Darkside, equipping the Sprinter with a rear automobile wheel. The entrance wheel consists of a Honda CG125 hub, a motorbike rim, and a customized aero-disc cowl, however that doesn’t cease the novice builder from MacGyvering his personal rickety model of a hub-center steering entrance finish.

“I mainly constructed the suspension freehand, similar to taking part in with Lego,” Zhou admitted to Bike Exif. “It’s utterly designed in keeping with my very own creativeness, so there might be huge issues, haha.”

Bringing all the weather collectively, Zhou fabricates a bicycle-style body and single-sided swingarm. A 500 ml gasoline tank tucks behind the seat publish whereas an aptly-placed fireplace extinguisher offers some semblance of security. The comingled customized might not go simple on the eyes, however it’s arduous to not bodily cringe when wanting from the construct’s bicycle seat to its drop-style handlebars.

Apparently, its security and elegance be damned in terms of Zhou’s Sprinter. It might not qualify as eye sweet, however the Sprinter actually qualifies as a dialog starter.