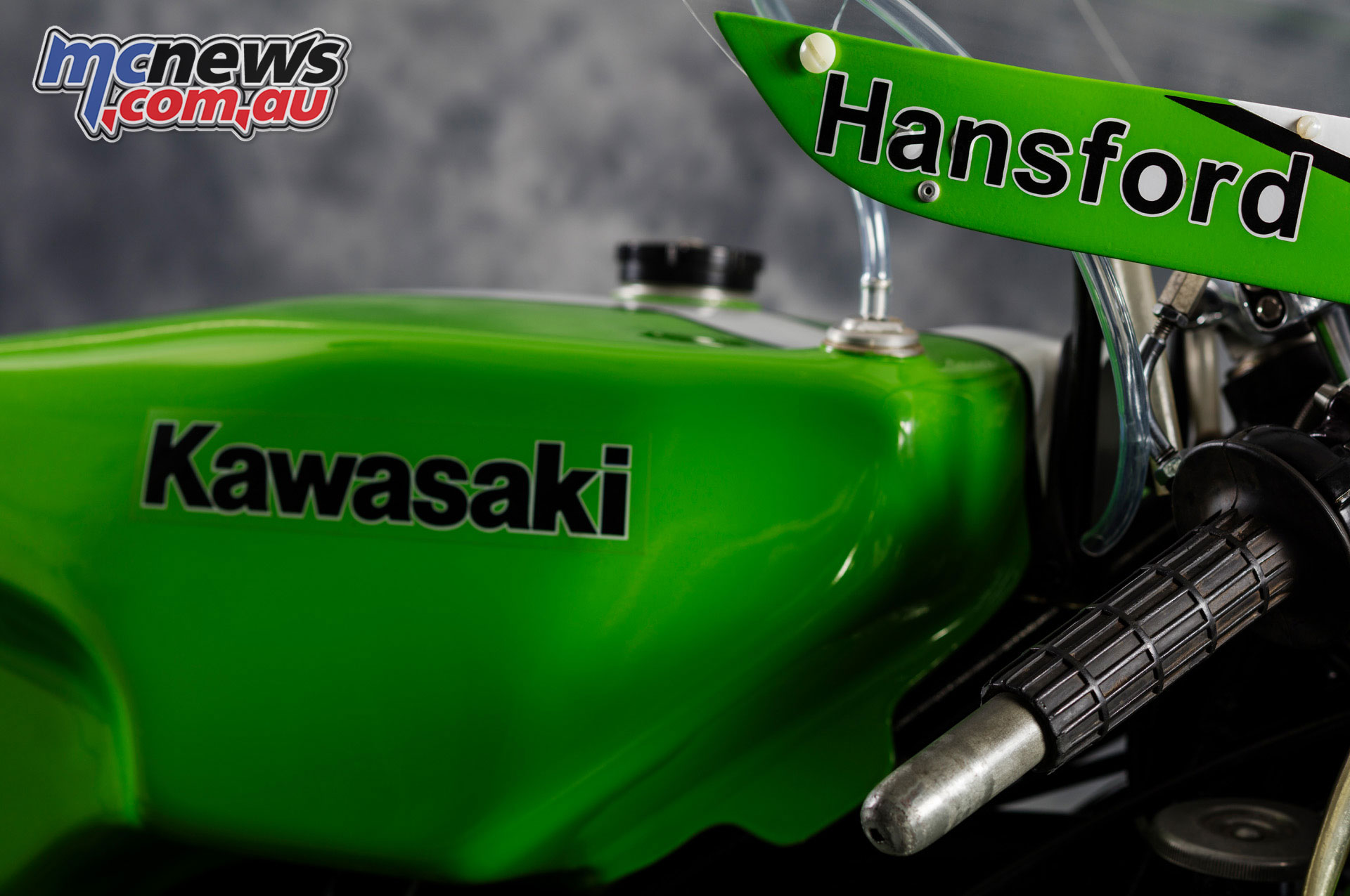 As raced by Gregg Hansford

Kawasaki’s Grand Prix efforts started in 1966 with a 125cc water-cooled, disc-valve 2-stroke twin – which received the 1969 title with Dave Simmonds aboard. The KR3 V-4 was additionally developed from 1967.

The corporate’s 250cc efforts began in 1967 with the a lot much less unique A-1R, primarily based on their street bike (Kawasaki A1-R 250 rotary valve racer) and later, a smaller model of their 350cc Bighorn motor.

It wasn’t till 1975 that their first devoted racing design appeared, the KR250.

This was a tandem disc-valve twin with contra-rotating 180º cranks. The primary bikes additionally used a standard rear suspension format however with solely a single rear shock mounted on the RH facet of the swingarm.

Issues with fierce engine vibration noticed a 1977 redesign with the motor altering to a 360º “Twingle” format with each pistons rising and falling collectively. A centrally mounted mono-shock rear suspension was additionally employed from this time.

Kork Ballington received each the ’78 and ‘79 250 and 350 titles, with crew mate Gregg Hansford second within the 250 class and third within the 350 each years.

The design’s gentle weight, good energy, slim profile and glorious floor clearance had been all main contributing elements in its dominance.