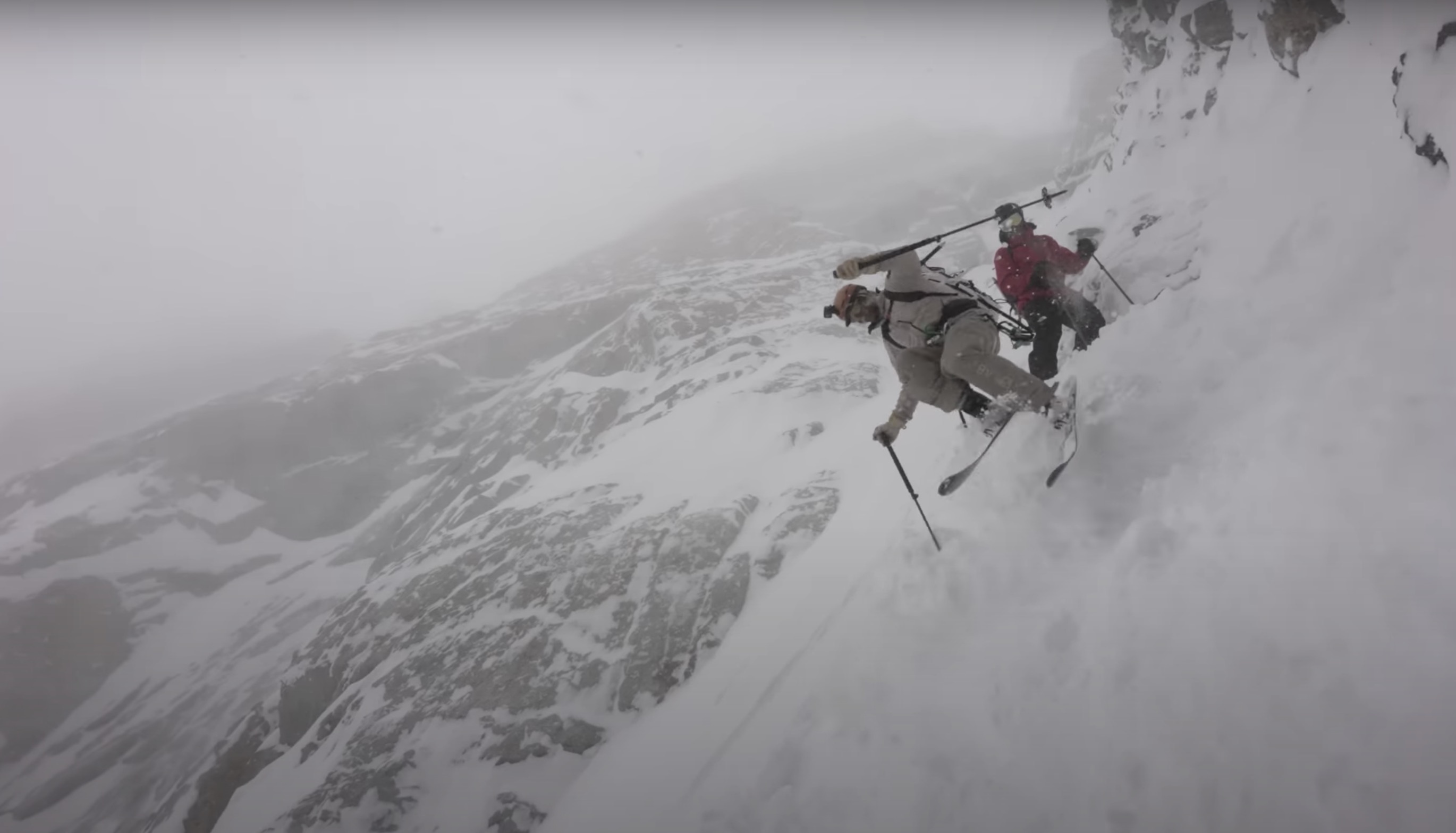 Cody Townsend is on a mission to ski all ’50 Traditional Ski Descents’ in North America. He and Nick McNutt ventured to Combatant Couloir on the tallest mountain in B.C. to ski quantity 41. And the circumstances weren’t nice.

The British Coastal Mountains in British Columbia are famend for unpredictable climate and circumstances. Typically they are often mind-blowing good. And generally, they will get fairly uneven. As Cody Townsend and Nick McNutt discovered the exhausting manner, the area’s circumstances could make for flat-out horrible snowboarding.

Townsend had traveled in his van all the best way as much as a distant space in B.C. to ski a legendary couloir often known as Combatant Couloir. He was joined by Teton Gravity Analysis athlete Nick McNutt.

However from the get-go, this journey was a doozy. It was stricken by variable climate, a properly hesitant helicopter pilot, and plans that saved on altering.

At first dangerous climate prevented them from attending to the drop-off level. Then simply after the climate broke and the helicopter was in a position to get them on the market, climate rolled in once more. And, once more, they had been caught. However this time, they had been out in the course of nowhere. Their pilot had known as it “one of many worst locations on the planet.”

So what did they do? They skied. It’s what they traveled all that technique to do, in spite of everything. So, on the second morning, as clouds had been clearing out, they embarked up the notorious couloir. As they climbed, although, they realized that issues had modified because the final time somebody had skied that line. What was as soon as a traditional descent won’t be so traditional anymore.

However once you’re on the prime of a run like that, there’s just one manner down. Even when it’s going to be a tough trip. So Townsend and McNutt despatched it. And as soon as they reached the underside, their subsequent problem reared its ugly head: getting out.

‘The FIFTY,’ Episode 40: Townsend Trudges on Bugs to Rogers Traverse

Is ‘traverse’ actually the French phrase for ‘no snowboarding’? Get Cody Townsend’s take on this schlep-happy episode of ‘The FIFTY.’ Learn extra…