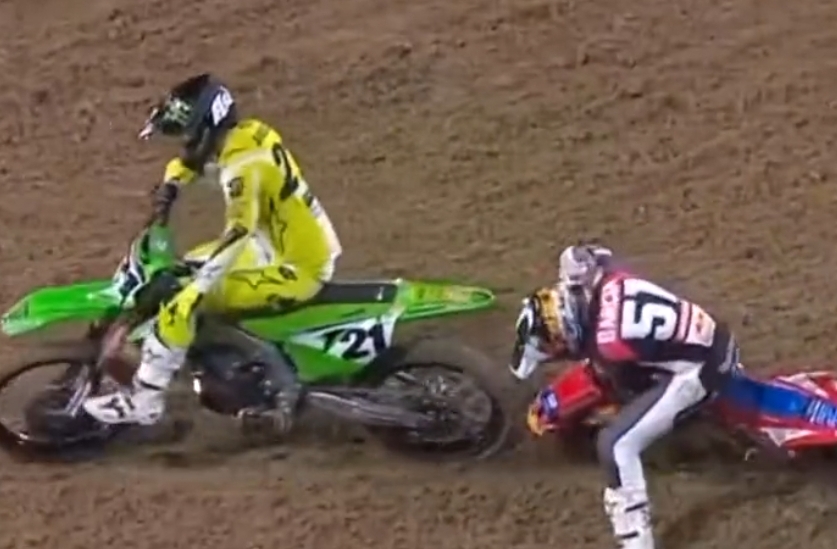 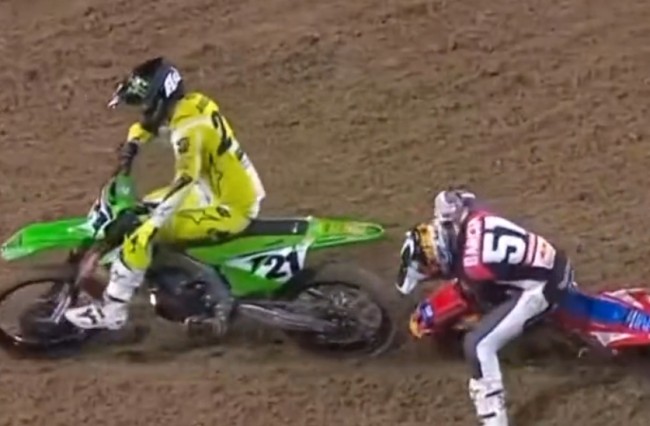 In a weird row, Jason Anderson took to social media to say it was ironic that Justin Barcia complained a few cross after Anderson put Barcia down within the warmth race, however Barcia then disputed the very fact he even complained about it within the press convention (after he put Sexton down in the identical flip!)

“I didn’t complain in any respect,” mentioned Barcia defiantly within the press convention. “He got here throughout with all types of profanity…I’m not going to get right into a Twitter battle, it’s simply foolish. I didn’t have an issue with the cross…no huge deal, no exhausting emotions. If he desires to curse at me, that’s effective, I’ve fairly thick pores and skin. It’s an extended season, I don’t really feel I must pay him again or something, however I race exhausting, let’s go!”

Issues are getting fascinating in San Diego 🍿#SupercrossLIVE #SuperMotocross pic.twitter.com/vF9aQ8CzDv

Justin Barcia on the incident with Jason Anderson, and the tweet that adopted 🗣️#SupercrossLIVE #SuperMotocross pic.twitter.com/blHcSr7hVw